Probabilistic View of Occurrence of Large Earthquakes in Iran

In this research seismicity parameters, repeat times and occurrence probability of large earthquakes are estimated for 35 seismic lineaments in Persian plateau and the surrounding area. 628 earthquakes of historical time and present century with MW>5.5 were used for further data analysis. A probabilistic model is used for forecasting future large earthquake occurrences in each chosen lineament. Based on the processing, it reveals that high risk (P>66%) regions in Iran for MW≥7.0 earthquake occurrence in the next 20 years are Apsheron, Main Recent Fault, Dasht-e Bayaz, Golbaf, Minab, Makran and Bandar-e Abbas areas. North Tabriz fault and Ipac, Toroud and Neyshabour fault systems, which are form the southern border between the north and central Iran, have the largest repeat times (>40 years) for 5.5≤MW<7.0 within the seismic regions in Iran. They are mainly associated with very low probabilities. Furthermore, the results show that central Iran is the calmest area for earthquake occurrence, especially in the next 20 years. The important areas for earthquake occurrence with 5.5≤MW<7.0 in the next 10 years are Talesh, Apsheron, north of Kopeh Dagh, Dorouneh and Golbaf areas. Probability of occurrence of an earthquake in the next 10 years in Alborz including capital and important industrial cities with combined population of 15,000,000 is up to 66%. 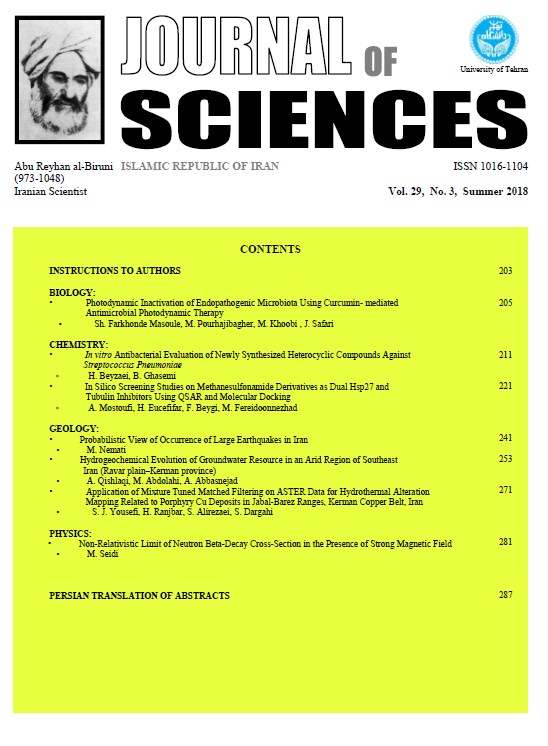